According to data collected by Deloitte , more than 26 thousand projects related to Blockchain were created in the GitHub code repository in 2016.

The new report was titled “Evolution of Blockchain Technology: Insights from the GitHub Platform” and published yesterday 08/11/2017 – the professional services company extracted information from the development platform, which makes the code available to more than 86,000 block chains, including large projects such as Bitcoin .

Together, the study presents the course of technology development through various implementations (starting with Bitcoin ) making a return to 2009.

The Deloitte report indicates that in 2016, the largest volume of new block chain projects (both organizations and individual users) has been implemented to date. By comparison, fewer than 15,000 were created in 2015. Data for 2017 only includes the first six months of the year, but nearly 25,000 GitHub projects were created during that period.

The report also included data in the major Blockchain repositories on GitHub . Of these, Bitcoin was the largest activity with 627 total contributors and almost 12,000 followers. The Go-ethereum (or Geth ), the software client maintained by Ethereum non-profit foundation, attracted 149 employees so far with 5,603 followers.

The report also provides geographic information on the pace of Blockchain’s development so far, noting that San Francisco plays the largest number of users in the GitHub code repository with 1,279 users and 101 organizations. London marked the second largest with 919 projects in total, followed by New York with 774.

“It is also worth noting the high level of activity in China, specifically Shanghai and Beijing. In both cities, most projects refer to encryption and exchange of crypto-coins, with an emphasis on scalability, “the report says. 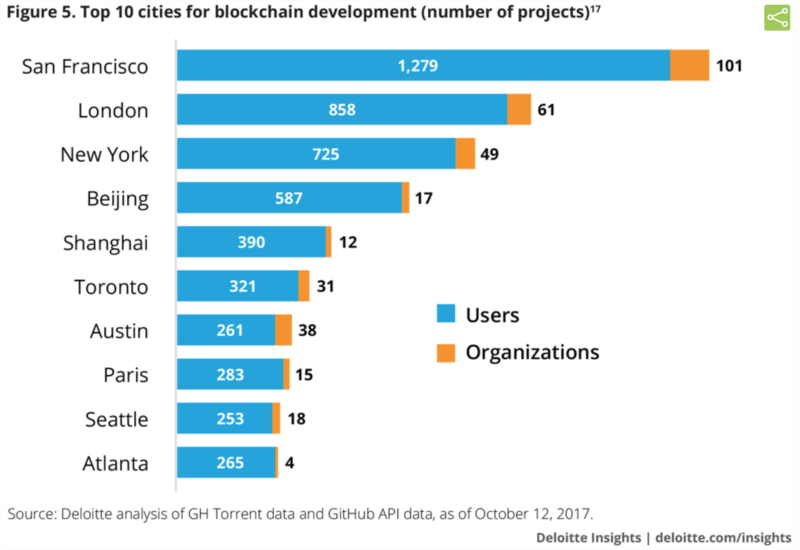 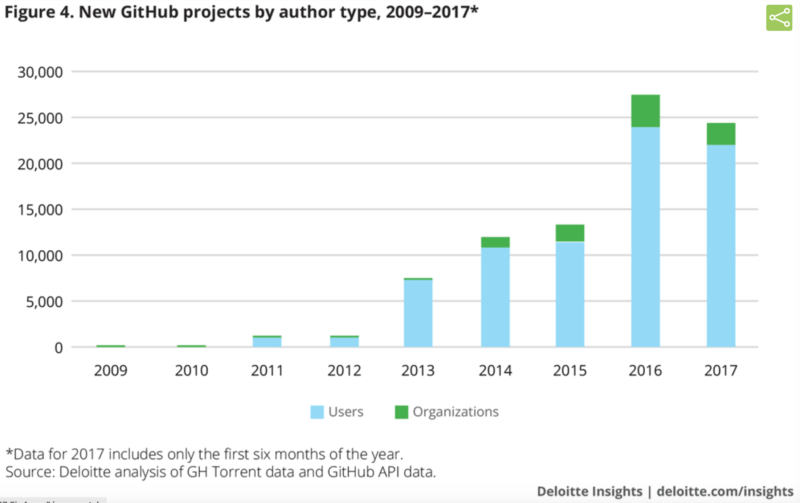